Legendary Fertility Statues And More at Ripley's Believe It Or Not - Baltimore, MD - Review 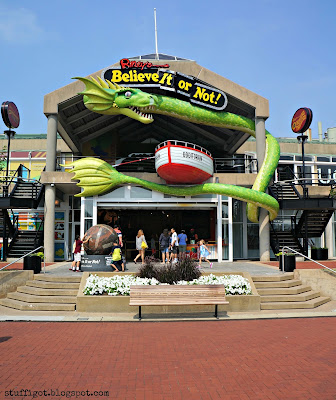 DISCLOSURE:  This is a sponsored post in conjunction with USFamilyGuide.com.  I received free admission in exchange for a review.  No further compensation was provided.   All opinions are my own.

Earlier this month, my family and I had the chance to visit the Ripley's Believe It of Not museum in Baltimore's Inner Harbor. It was our second time visiting and we had a great time!

We visited on a Friday morning. It had only been open for about 45 minutes and so it wasn't very crowded. The lobby portion of the museum has a few exhibits on display that you can view without admission, including a new exhibit that just opened in June.

The Legendary Fertility Statues will be on display in Baltimore, as part of its fourth world tour. Hundreds of people believe that simply touching the statues helped them get pregnant! 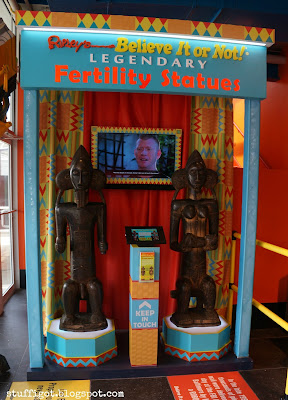 A little history about the statues:

"The statues were hand-carved by the Baule, who live in Côte d'Ivoire (Ivory Coast) in West Africa, and probably date back to the 1930s. Ripley's acquired them in 1993 and put them in the lobby of the company headquarters in Orlando.  Within months, 13 women, including staffers and office visitors, were pregnant.
Following a December 1995 story in the Wall Street Journal chronicling the phenomenon, the demand to touch the statues became international news. In the ensuing years, the statues made three trips around the world. Women routinely made special visits just to touch them. Some who couldn't make it in person faxed copies of their handprints to employees, asking them to rub the handprints on the statues.
Hundreds of women reported that they became pregnant shortly after touching the wooden statues, even those who had been told by doctors they would never be able to conceive. Some are very serious about touching the statues, believing in their powers to help them conceive. Others want to avoid touching the statues - for the very same reason!" - Ripley's Believe It Or Not!

The most I did was take pictures of the statues. I did not want to take any chances! Four kids are enough for me! 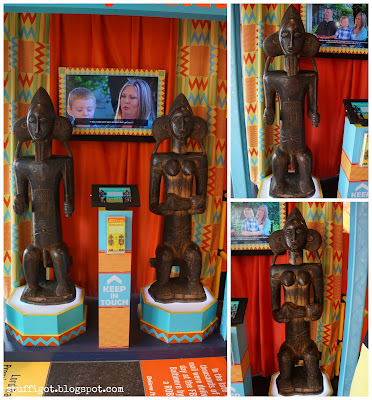 In addition to the fertility statues, the lobby exhibits include a 12-foot-tall sculpture of the Transformer Bumblebee, made entirely of used car parts. 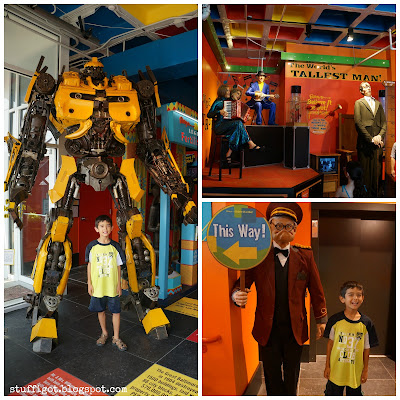 After scanning our tickets, we made our way upstairs to the exhibits. You can either take the elevator or take the stairs. The stairs play music as you walk up! 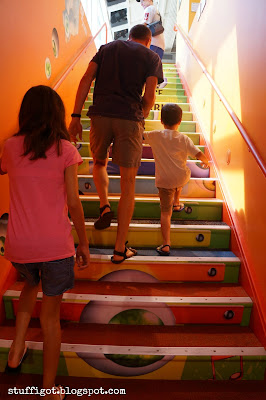 The first time we visited, we had brought our double stroller. That proved to be a mistake. The kids wanted out as soon as we got to the first gallery of exhibits. Kids will want to explore and look around. Many of the exhibits are interactive and allow the kids (and adults!) to play.

Because we've visited before, the kids already had a few favorite exhibits that they wanted to get to right away. So we kind of breezed through the first few galleries. 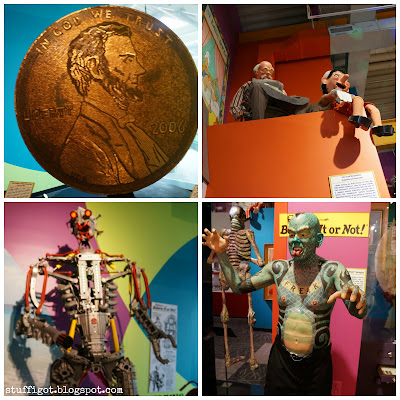 There were a few galleries that we spent the majority of our time in. One gallery had a lot of interactive exhibits that the kids could play with and brain teasers on the wall. 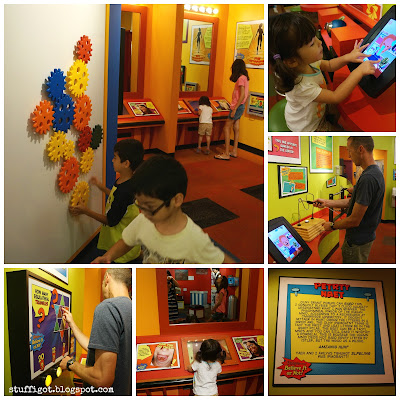 There were also Harry Potter-themed exhibits like a model of Hogwarts School of Witchcraft and Wizardry made from over 500,000 matchsticks! There was also a portrait of Harry Potter made entirely of candy and a shawl with a disappearing Hagrid. 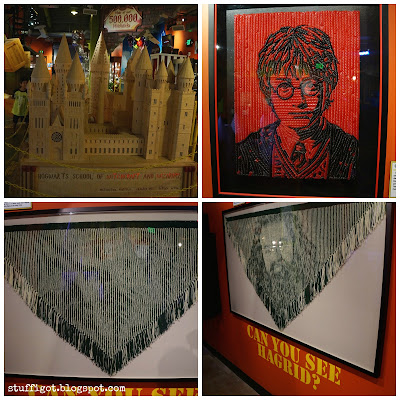 My four-year-old loved the interactive floor projector. Even after we left the room, he kept going back to play. 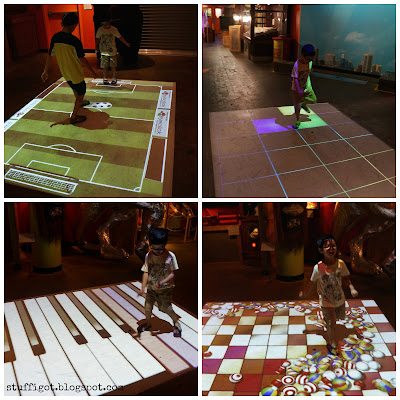 Another fun exhibit in the museum was the Kaleidoscope. We all had a fun time dancing in the room! 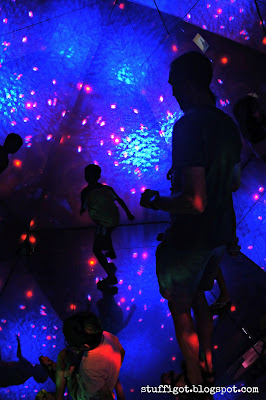 After going through all the galleries in the Odditorium, we went to the Marvelous Maze of Mirrors. Before entering the maze, there are several funhouse mirrors that we played with. They have you put on plastic gloves before you enter to prevent smudges on the mirrors. 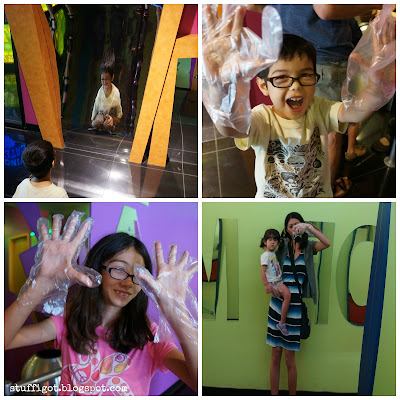 It didn't take us long to get through the maze. Though, because I kept stopping to try and take pictures, I almost lost everyone and had to feel my way through the maze. Sometimes, I'd think I was following one of my kids and it turned out to be their reflection! 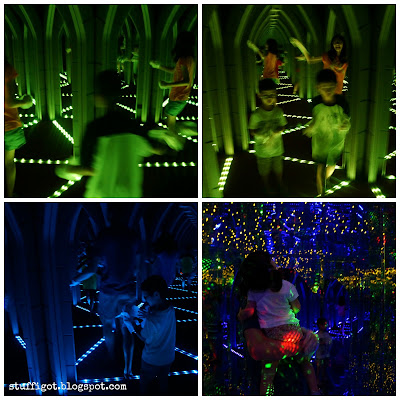 After the maze, my older two and I went to the 4D Moving Theater. We liked it. There were two separate shows and it was a lot of fun! My son, though, was a little disappointed. He sat at the end of the row and in one part of the show, snow comes down and he felt like it wasn't really falling on him. We had a great day visiting Ripley's Believe It Or Not and would definitely come back to visit.

Ripley's is open 365 days a year and tickets for the Odditorium start at $17.99.  From now until the end of the year, you can save with this coupon and get 1 FREE attraction when you buy 2!  You can even skip the lines and purchase tickets from home!

Leave a Comment
submit a review Join our blog team
More Reviews of Ripley's Believe It or Not!

Proud Member of The US Family Guide Network